An evening with the Rusties String Band 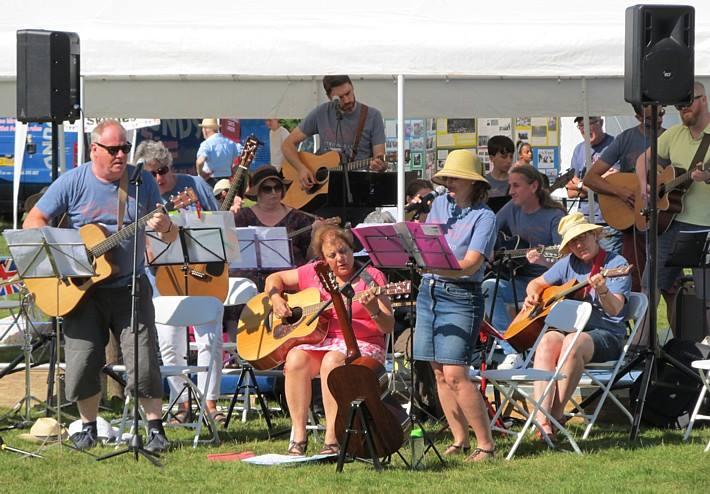 A few weeks ago I was privileged to be invited to join the fretted instruments workshop which has been meeting regularly since October. Players of guitars and other fretted instruments, including a cello, have developed their skills under the guidance of Stefan Mniszko. Lisa Beaumont  April 2017

These workshops have been a real Rusthall Community Arts success story attracting teenagers to those aged over 60. There are now approximately 18 attendees and the group has expanded so much that it’s outgrowing its current venue in the “back room” of the Rusthall Club in St Paul’s Street. Stefan, an experienced musician and teacher, leads the group and sings as well.  The group of players, now known as the Rusties, performed during the 2017 festival and have been become a regular feature of Rusthall's cultural life.

Anyone who wishes to improve their playing of the guitar, ukulele or cello is encouraged to contact Stefan to enquire about opportunities to join the Rusties.

Legend of the Rocks