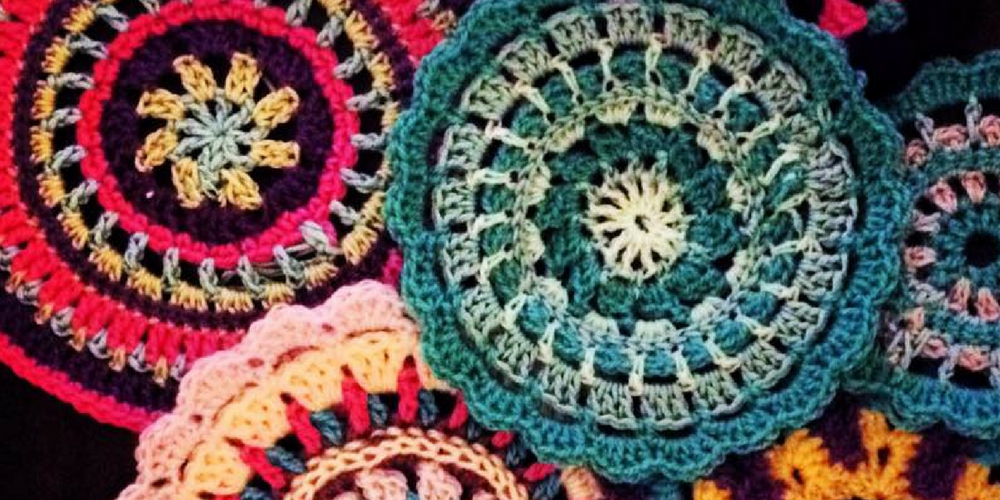 The surprise of seeing so much colour unexpectedly in Rusthall last May for the Rusthall Arts Festival brought the traffic to a halt. The yarn bombed fountain had been masterminded by Janet Fullalove, a finalist in 2016’s Kent Women in Business Awards (home based business category). She is also a mother living in Rusthall and prefers not to be labelled as a “mumpreneur”.

Although she is currently building a successful company, FullaBeanies, she rightly points out that if you’re the type of person who has the drive to become self-employed it will happen whenever the time is right for the individual. Being a mother is incidental to her business ambitions. To date, hers is a story built on hard work, passion and skill. FullaBeanies offers a range of handcrafted accessories, particularly, beanie hats which have been crocheted by Janet and her team. Her love of textiles began when still at school. After the birth of her daughters she taught herself to crochet to a high level of accomplishment. She has developed FullaBeanies as an occupation which out of necessity fits around her commitments to her family.

Janet also offers instruction classes at C&H Fabrics in Tunbridge Wells with a new one starting on Friday 10th March covering how to make a cowl poncho. Contact C&H Fabrics on 01892 522618 for more details on this and future beginner classes.

In 2017 Janet has recommended that squares be knitted and taken to decorate the Quirky Tree on the Common on Saturday 25th February. Everyone is invited to bring along squares, or similar, from 11am onwards.

Janet was assisted by fellow Rusthall locals Rachel Bain and Heather Hayes with the yarnbombing during last year’s Arts Festival, and received contributions of knitted squares by other villagers.

Janet Fullalove and Lisa Beaumont agreeing with James Hamblin for crochet workshops to be delivered in C&H Fabrics as part of the Rusthall Arts Festival 2016.

Legend of the Rocks