'LEGENDS of the ROCKS' 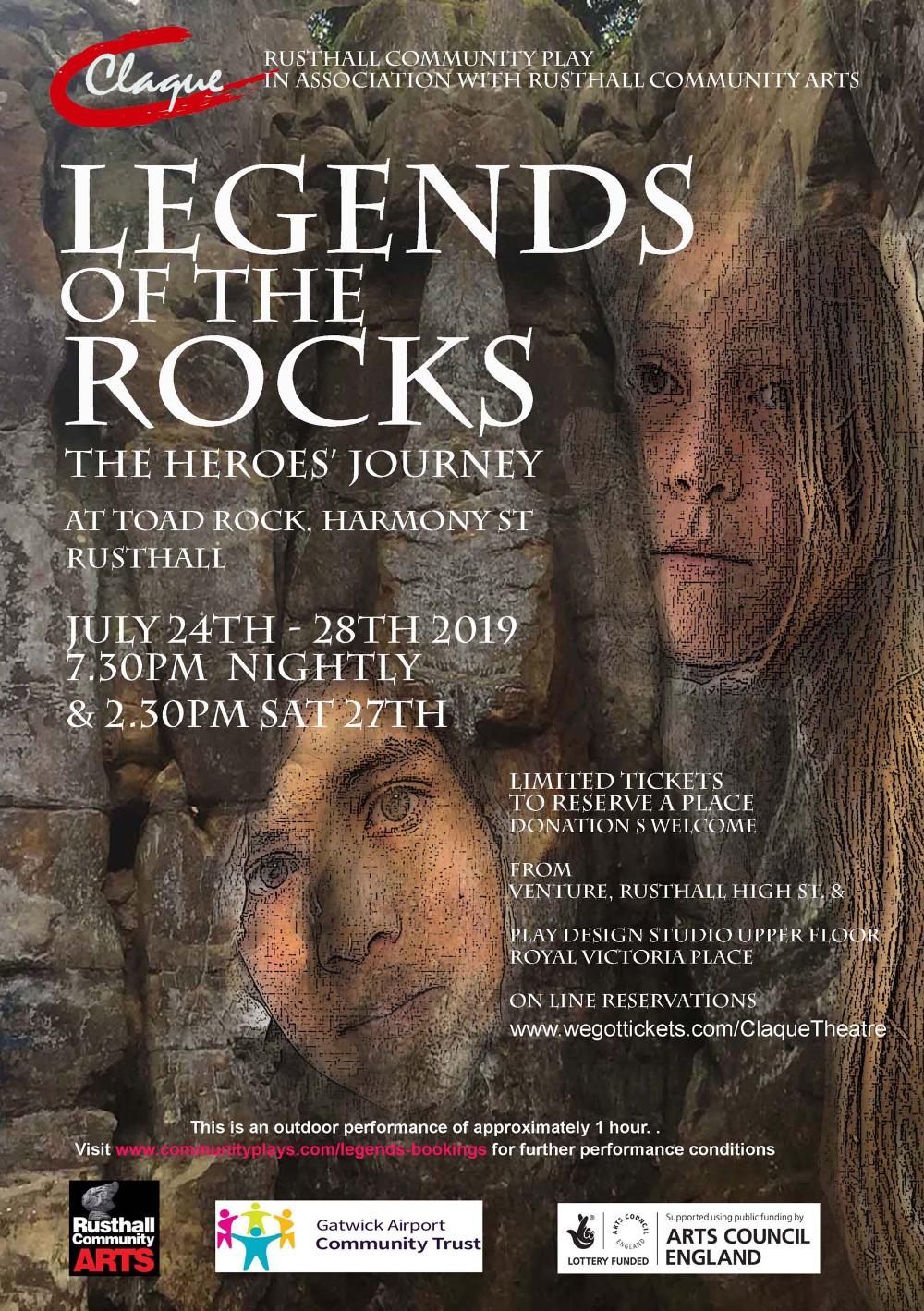 LEGENDS OF THE ROCKS
THE HEROES' JOURNEY
PERFORMANCES JULY 24th-28th
This fully devised community play by local people celebrating the remarkable community that is Rusthall and Claque’s 40th anniversary and 50th community play. The play, performed by a cast of 50 on and around Toad Rock told the story of four reluctant local heroes who unexpectedly find themselves in a parallel world under the giant Toad. Here they have to endure the evil forces of King Swelter before meeting the Stone People, an ancient civilisation older than the earth itself.  Led by 11-year-old Matilda our heroes take on a task to expel the malevolent King from his underworld kingdom, save the Stone People from losing their valued memories. It a journey of discovery that shows them they have an even more pressing quest to undertake when they return home. The story was told with song, movement, puppets, and masks. You can expect the unexpected.

We were delighted collaborating with Claque Theatre to produce a community play for Rusthall .  The script was totally devised through composition workshop. We created a new story based on myths, folk tales and rituals and real contemporary issues of climate change. There were a variety of activities from the start of the year to production all designed to get the community involved in creating the play; they included tours of the rocks, photographic search for faces and creatures; and mask making and theatre improvisation workshops. 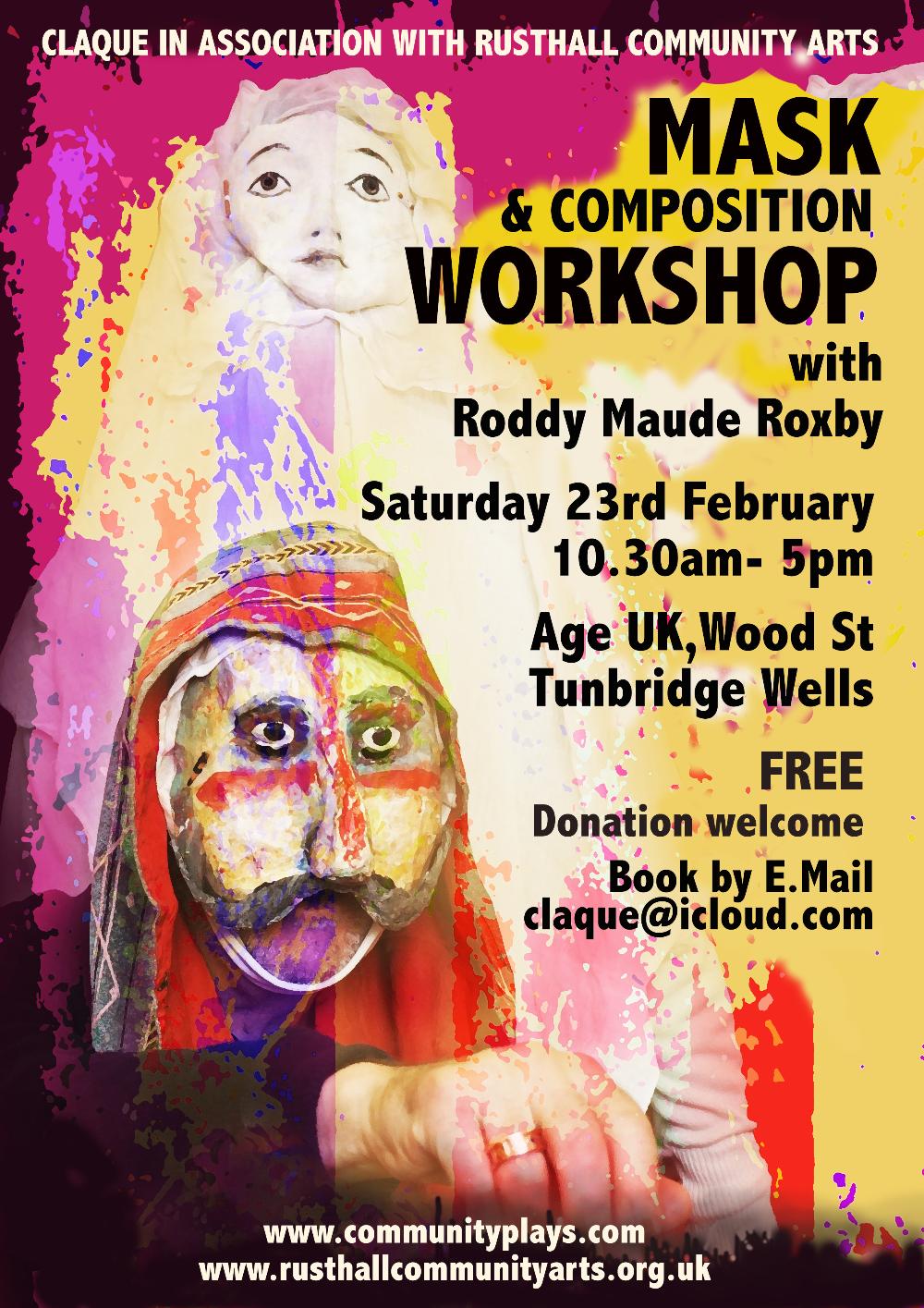 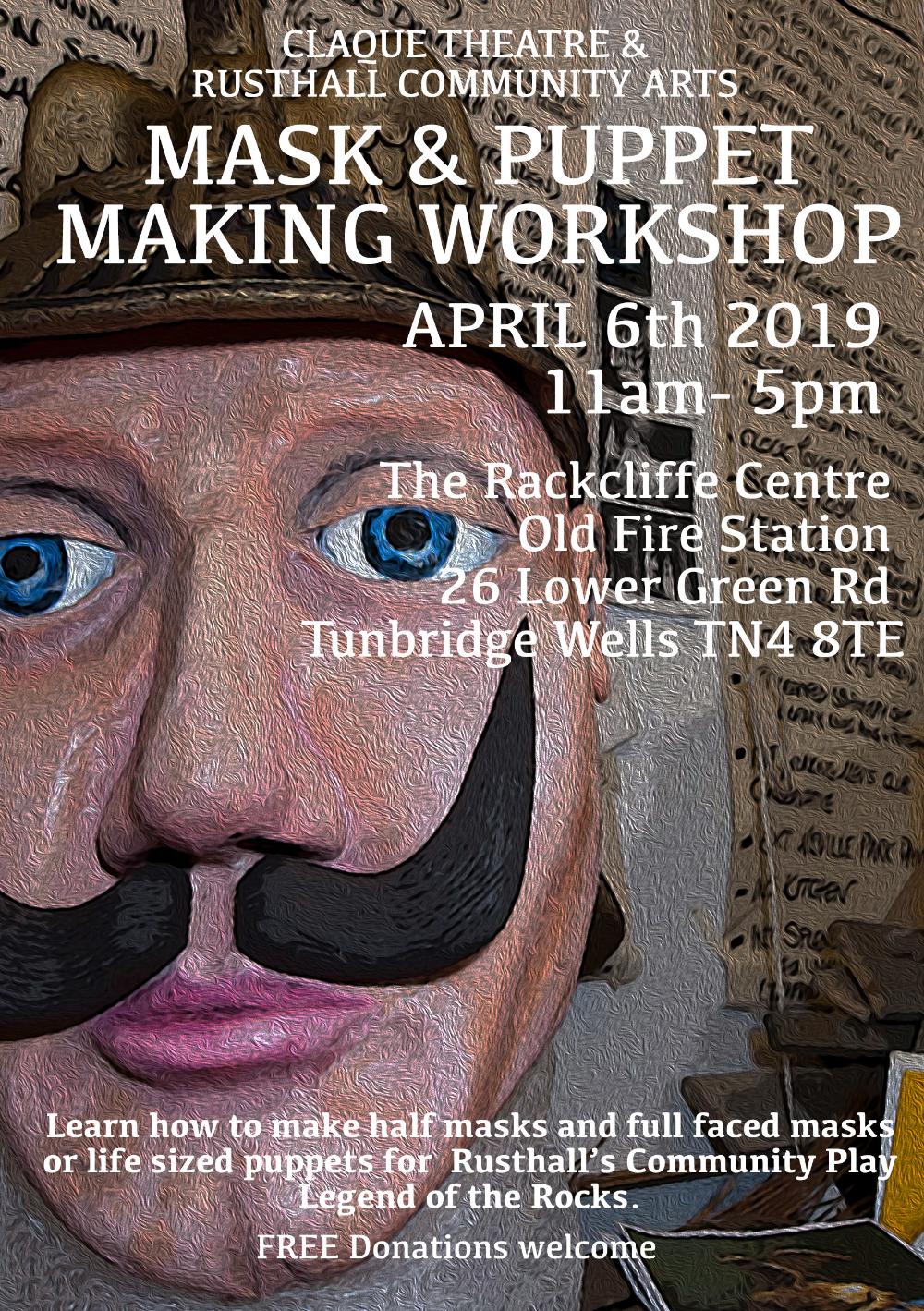 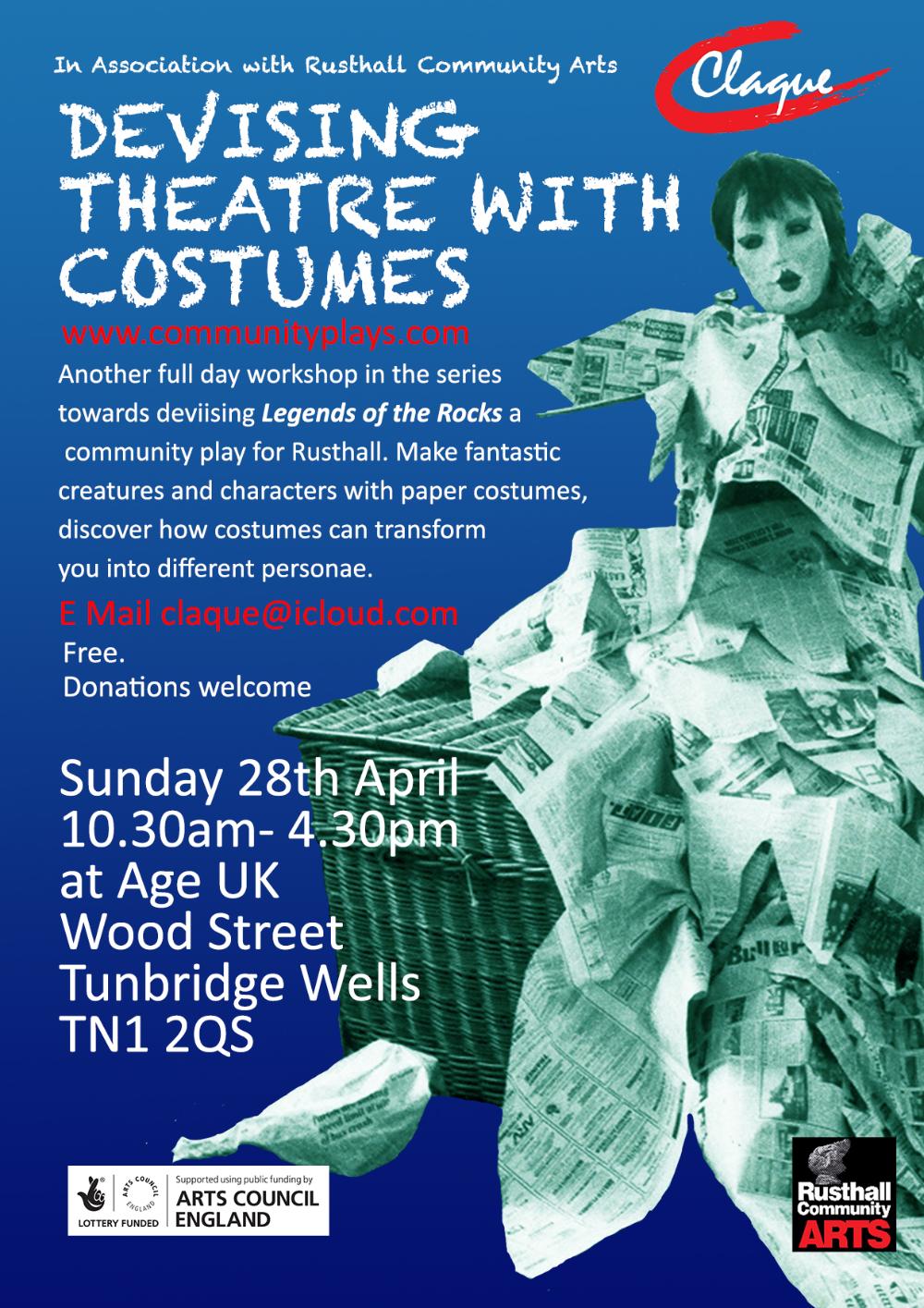